The CD5 Coalition has been made aware of the past and recent very troubling statements and antisemetic comments by Kenneth Mejia, candidate for Los Angeles City Controller.

These statements can be found on the website: MejiaIsDangerous.Com.

For example, Kenneth Mejia calls for “defunding the police to the last penny”, and says that “Joe Biden is a racist and a rapist”. Furthermore, Kenneth Mejia calls himself “a radical and a revolutionary” who promotes rebellion and has promoted unrest by saying “rise up comrades.”  Kenneth Mejia also has a paid staffer who went to a synagogue, disrupted an event and shouted obscenities.

After extensive research by several Coalition members and reporters from the Los Angeles Times, it was documented that information cited on MejiaIsDangerous.Com is accurate and genuine.

It is the mission of the Coalition to “preserve and protect neighborhoods” and when necessary protect our city from people who are dangerous. Therefore, each of us should form our opinions based on authentic information and take whatever steps appropriate to educate the members of our respective HOAs and resident groups.

A few screen shots from  MejiaIsDangerous.Com are shown below. 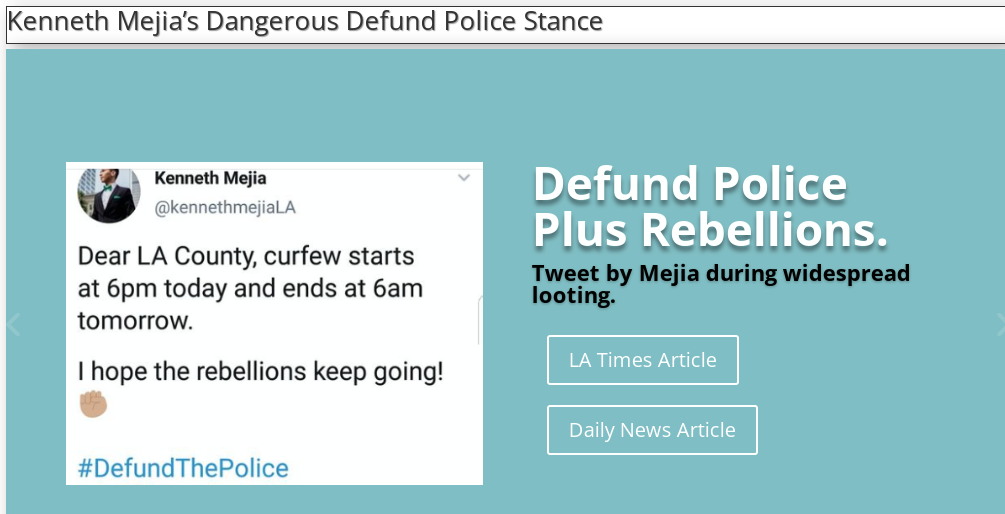 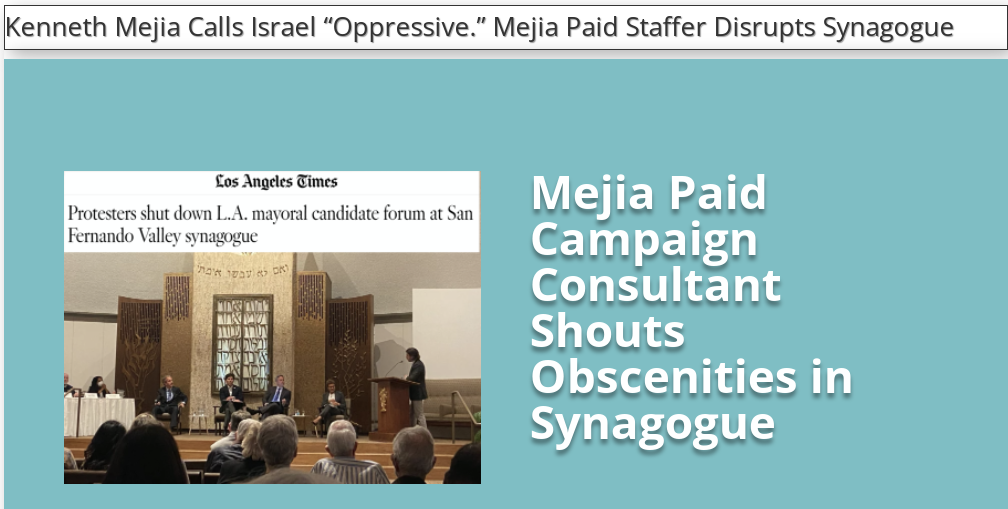 This analysis should in no way be interpreted as support of or opposition to a particular candidate.